German Shepherds Bred for the Best

Here at Kraftwerk K9, our purebred German Shepherds function in the capacity that they’re originally bred for – raising the standard in every way! Sound in mind and body, strong, functional, intelligent, trainable, courageous, and resilient. These are the natural qualities that can only be realized through the incredible genetics of purebred German Shepherds. We only import the best-of-the-best. Certified champions straight from Germany!

Established in 1987, founder Wayne Curry, grew Kraftwerk K9 from his love of training dogs. Due to his home being burglarized in 1986, Wayne decided to train dogs in tracking, obedience, and protection. His untrained Staffordshire Bullterrier was unable to protect his home and he then decided to obtain a Rottweiler for protection. After a year of training with national judges from Vancouver BC, Wayne took an untrained Rottweiler that he bought for 250 dollars and molded him into an award winning SchIII (IPOIII) certified prized dog from the Pacific Northwest German Shepherd Working Dog Club. Wayne continued to train Rottweilers up until the early 90s where he purchased his first German Shepherd.

Wayne Curry has such a great passion for German Shepherds. He was raised along side German Shepherds which had a huge impact toward his love and respect for the breed. At Kraftwerk K9, we honor the history of the German Shepherd. Because we are America’s #1 authority on purebred German Shepherd breeding, we believe that their natural qualities are worth preserving. We here at Kraftwerk K9 care for and teach these world-class dogs to live up to their full potential. Our ethical breeding facility sits on 25 gorgeous acres of Washington soil and is available for touring before purchase. Take a look at our facility

Learn more about our certified German Shepherds by calling today at 360-273-6125 or visiting our for sale page at the top of the site! 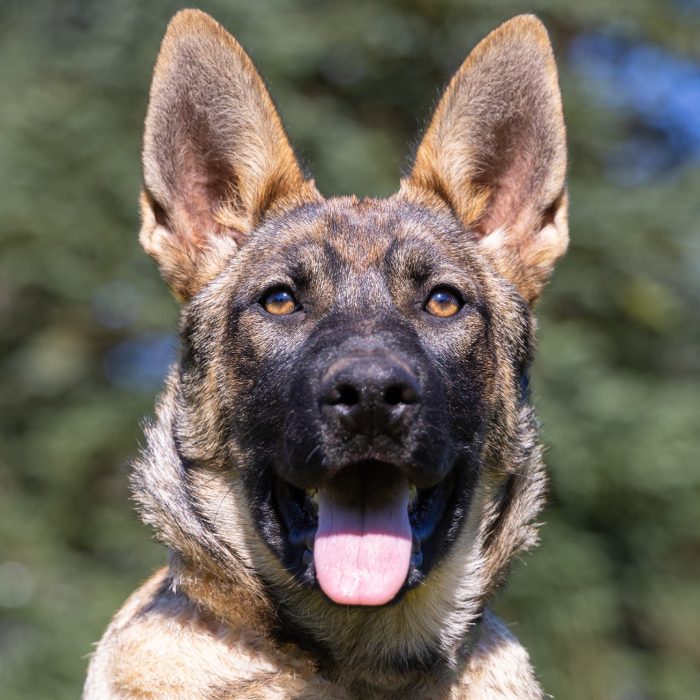 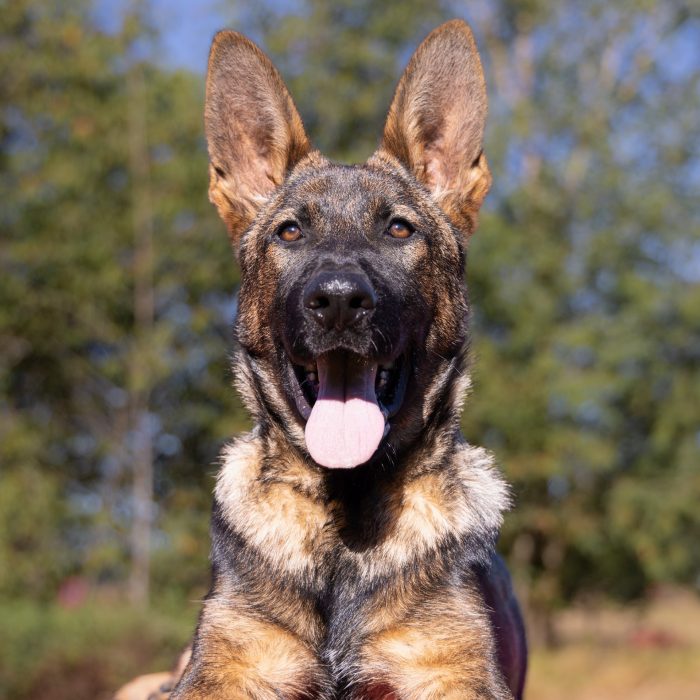 From the day they’re born to the day they leave our property, our German Shepherds are treated with the utmost care, attention, and respect. Our 25-acre property is a state-of-the-art German Shepherd training and breeding facility located in Rochester, WA. The manicured grounds include training fields, spacious kennels, and housing for management and our best German Shepherd trainers. As a certified German Shepherd breeder, we’ve been extremely intentional about creating well-maintained, housing for the dogs. Each kennel is furnished with a concrete perimeter with cedar chips in the center for optimal comfort and hygiene.

Want to see our facility and meet some of the best German Shepherd trainers for yourself? You’re welcome to! Inquire today to schedule a tour. 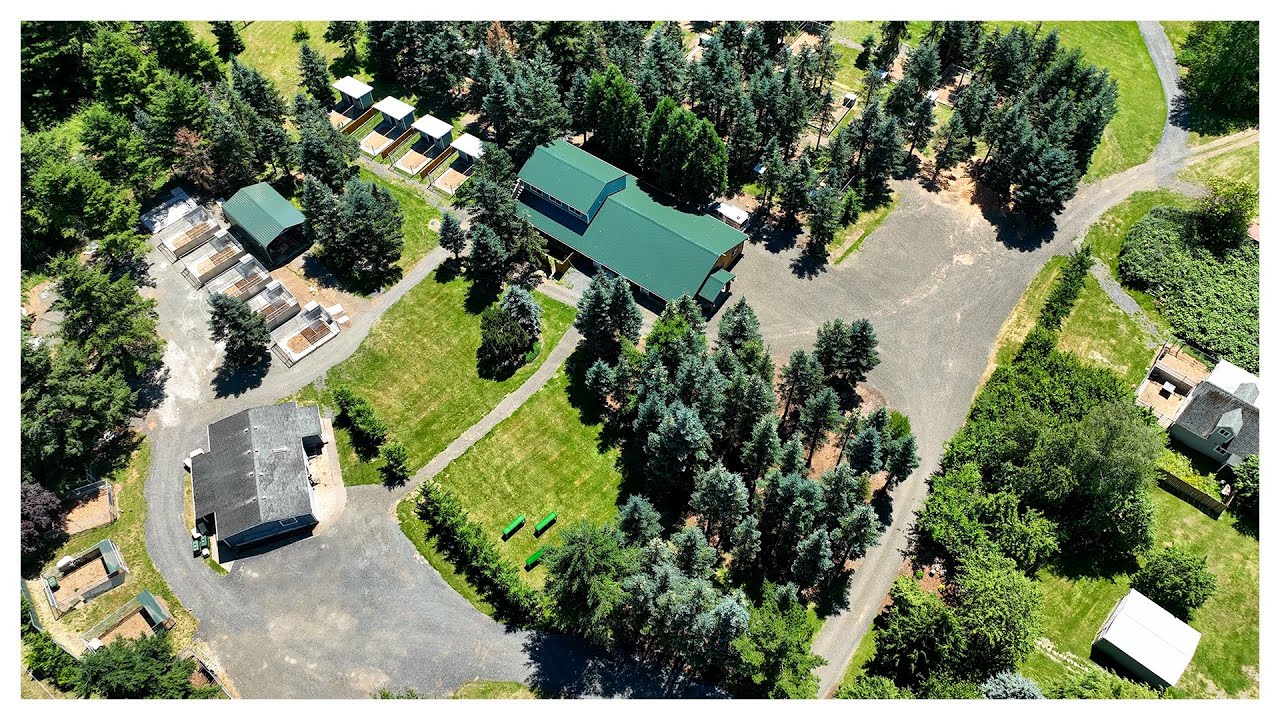 Facility Photos Meet the Team In the Press
Not Interested in a Puppy? Certified Trained Dogs for Sale 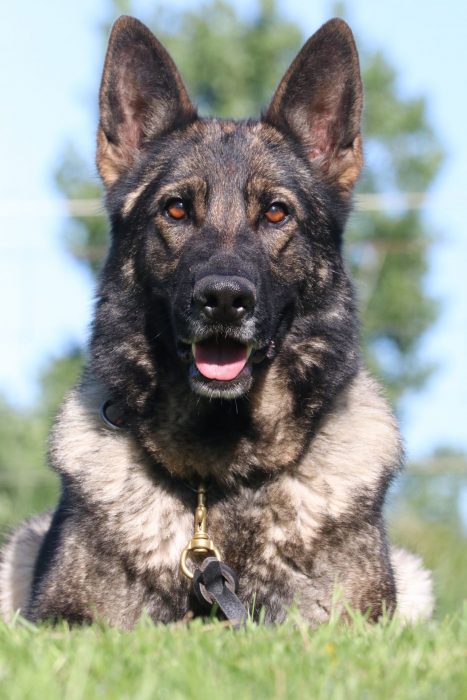 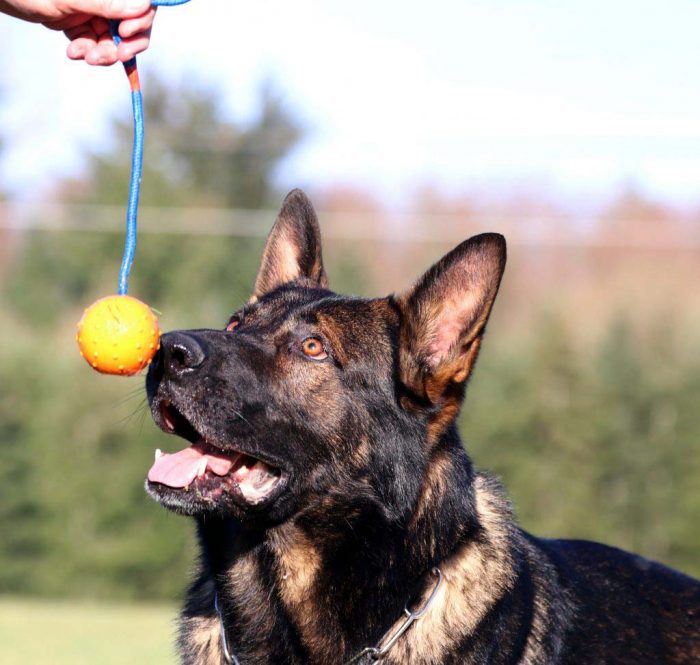 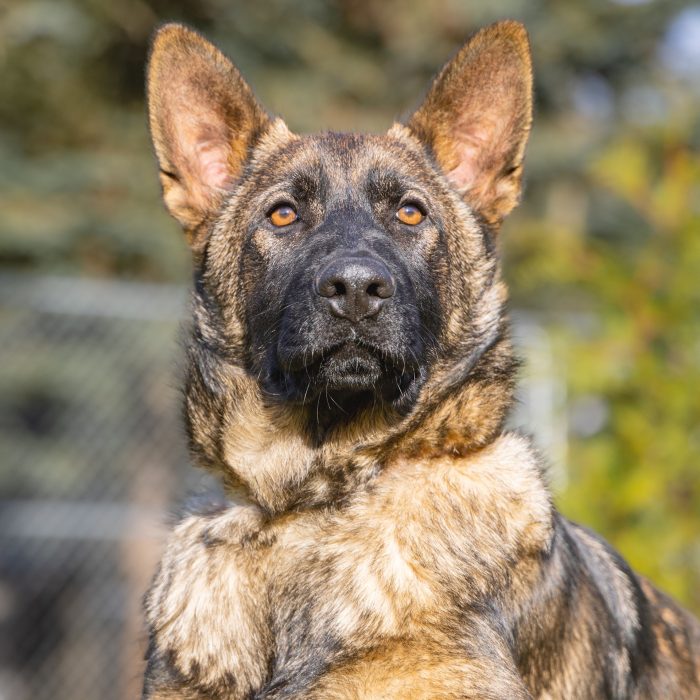 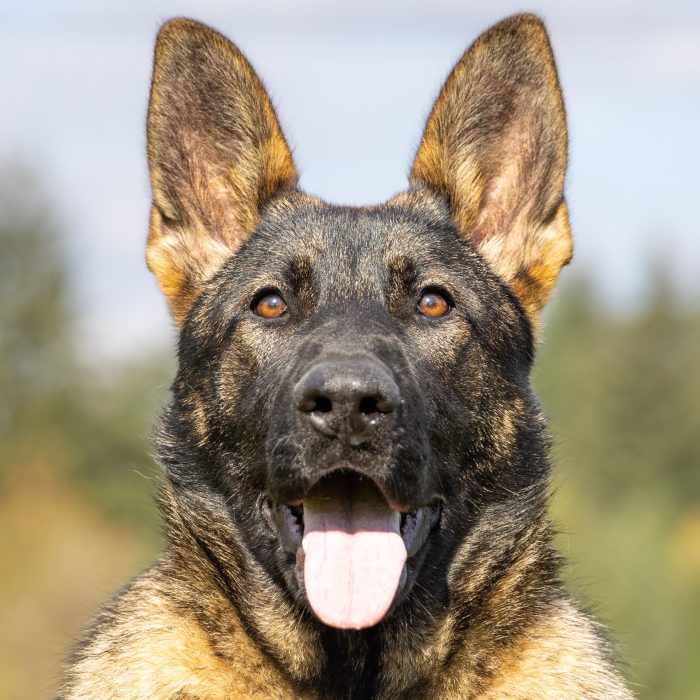 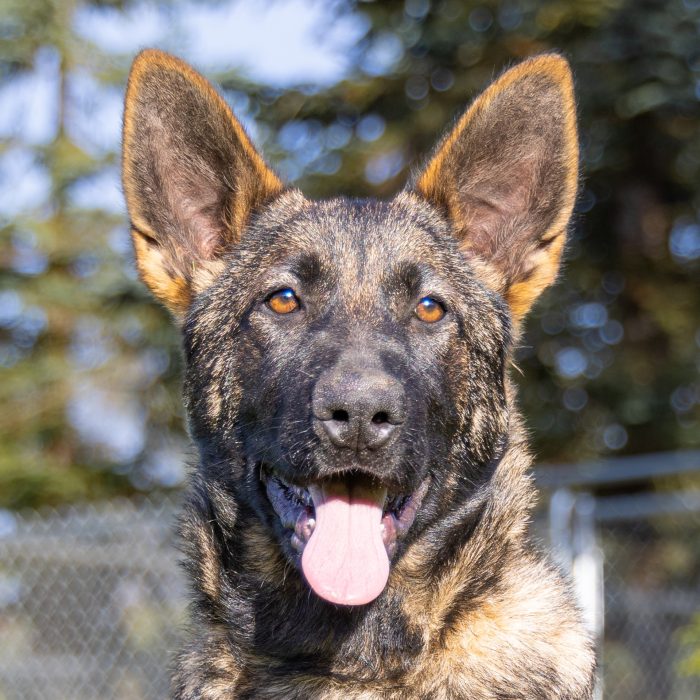 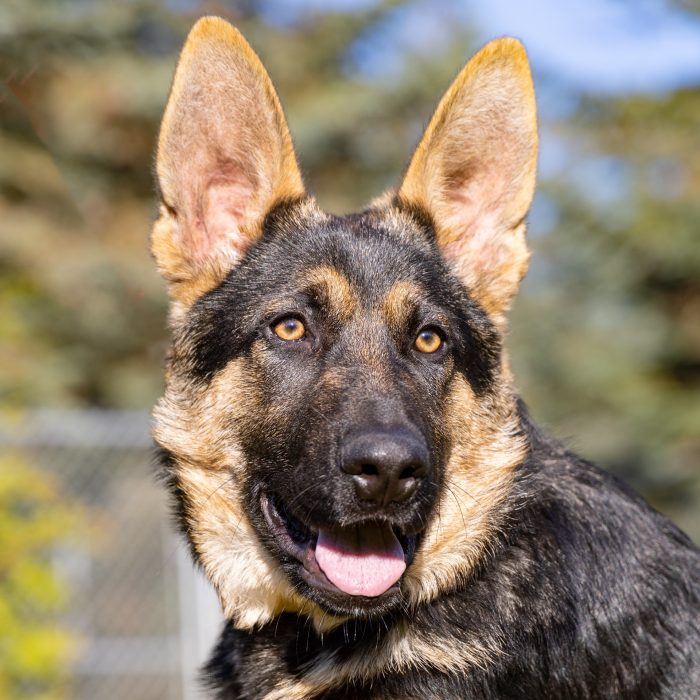 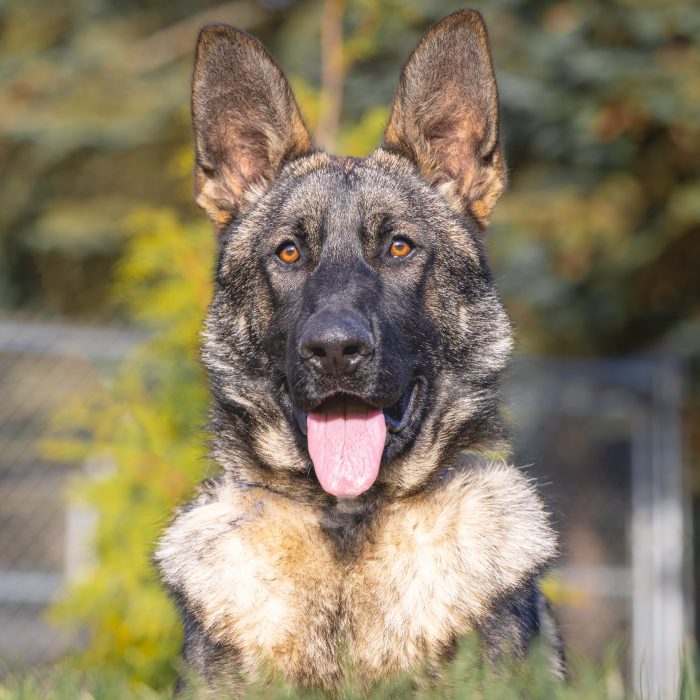 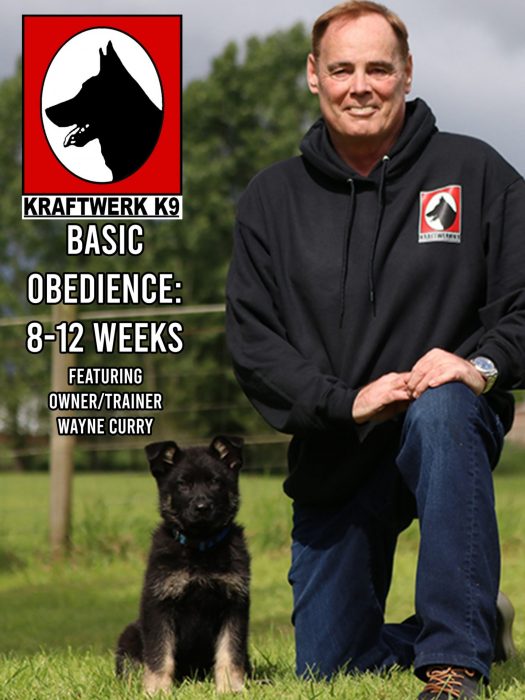 Free Gift with Purchase of a Puppy – All Breed Obedience 8-12 Weeks Training Video $59.95 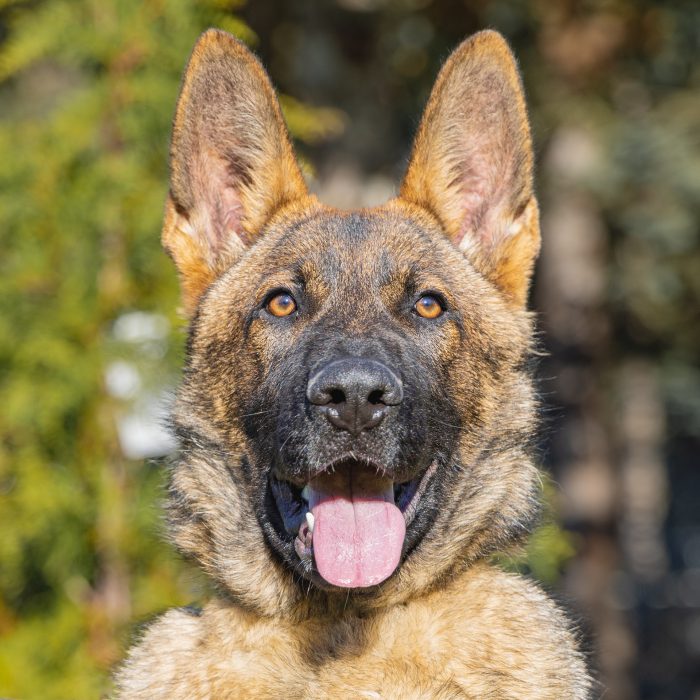 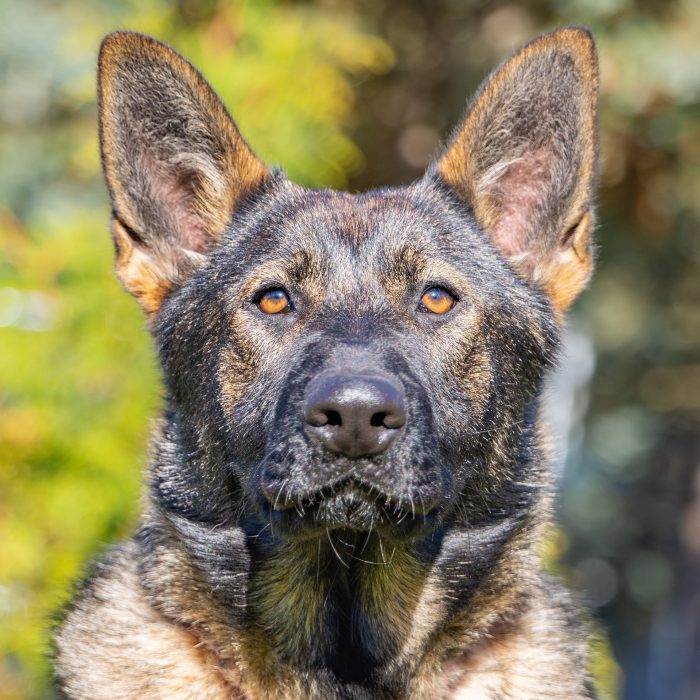 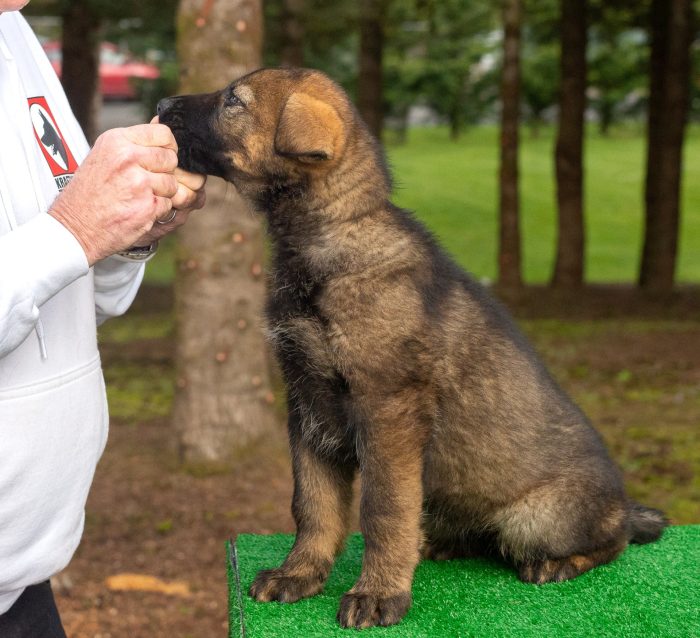 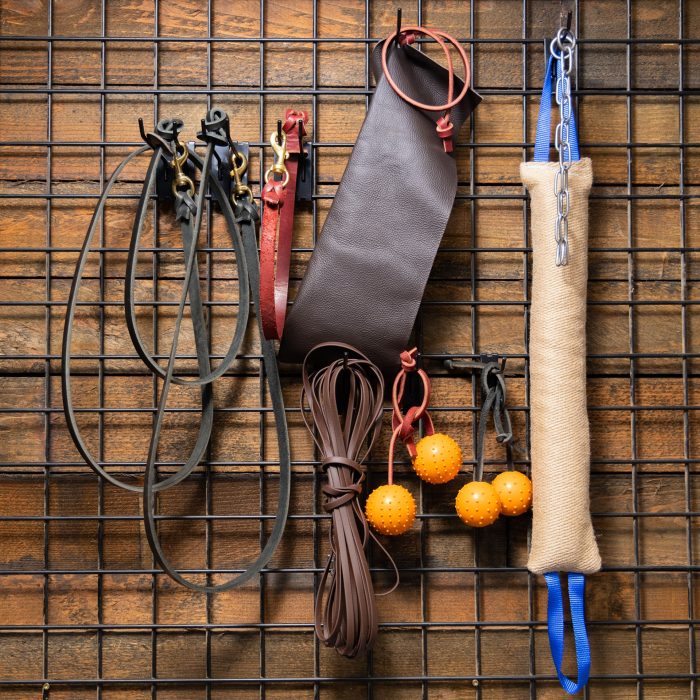 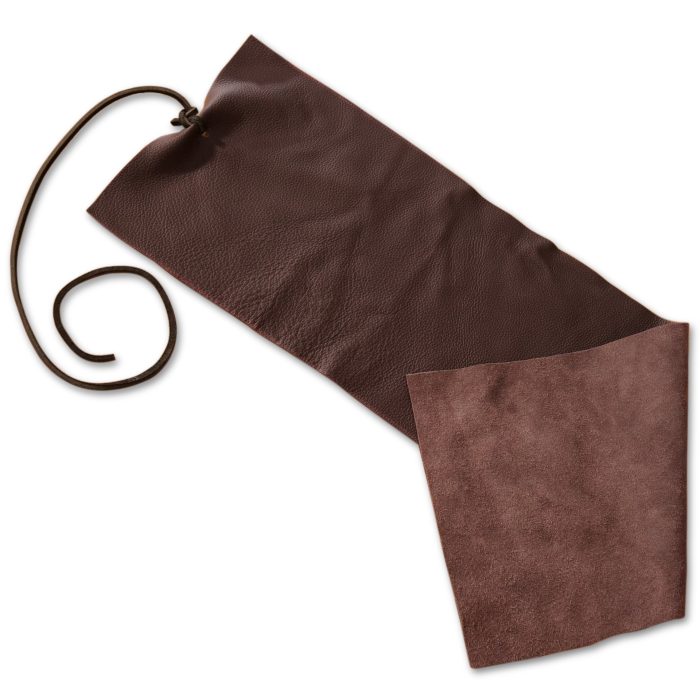 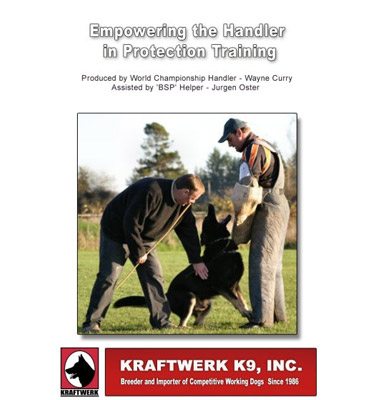 We know that purchasing a furry family member online is a little different – but we’re here to make you feel confident every step of the way! Start by viewing all the available purebred German Shepherd puppies we have currently available right here on our website. Once you choose your favorite dog, whether it be a German Shepherd puppy or a certified trained adult dog for sale, we’ll keep you updated along the way with photos and videos regularly so you can see your new family member thrive until you get to take them home. At Kraftwerk K9, our purebred German Shepherd puppies have been exported all over the world including the Middle East, Argentina, Spain, Mexico, and Canada. Let us show you how the working dog can make the perfect family companion and protector!

Having a history with 30+ years of certified German Shepherd breeding expertise makes us the longest standing German Shepherd breeder in America. Our founder and visionary leader, Wayne Curry, is the winner of numerous Regional and National championships, recognized by the New York Times, other major newspapers, international radio, Q13 Fox News TV, and many more! We’re humbled and honored to have been entrusted with some of the best selection of breeding males and females from across the world. See why Der Spiegel, Germany’s leading news publication, rates us the “Best Breeder in America” – contact us today! We look forward to working with you!